Here are photos of homeschooling activities including baking, games, art, P.E. and more. Keep sending in your photos to the school through the link here !!

Email your photos to the school here 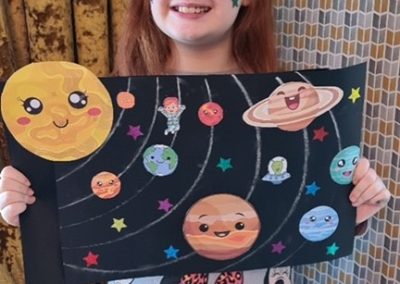 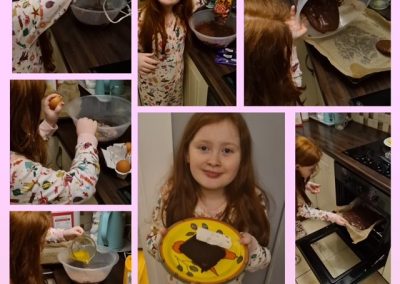 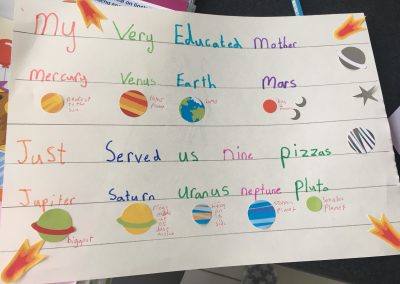 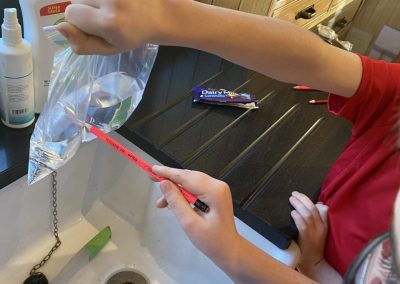 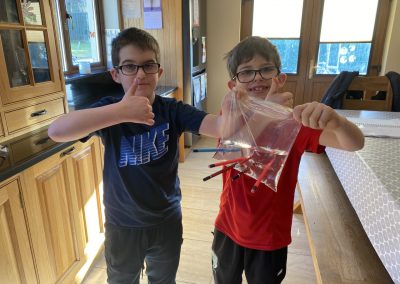 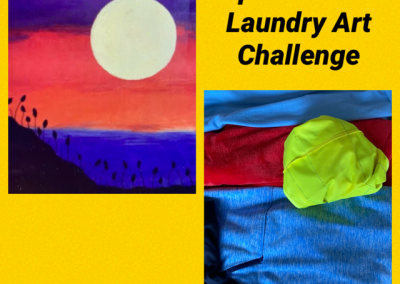 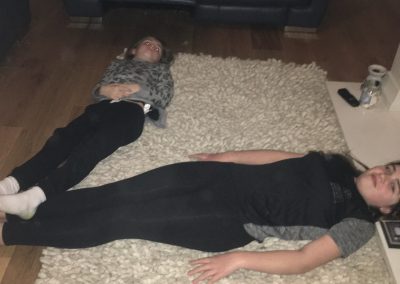 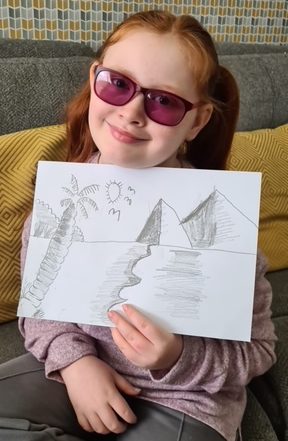 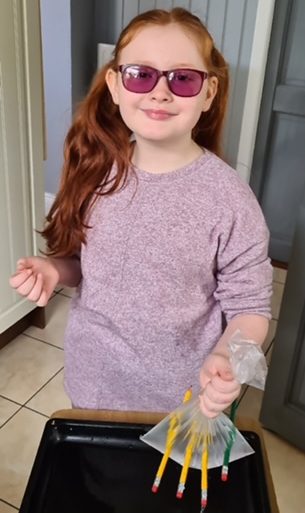 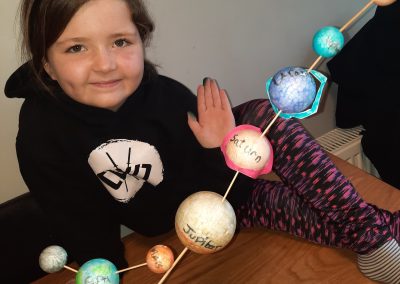 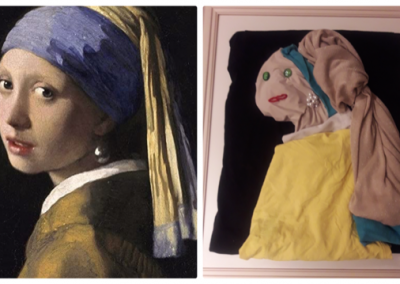 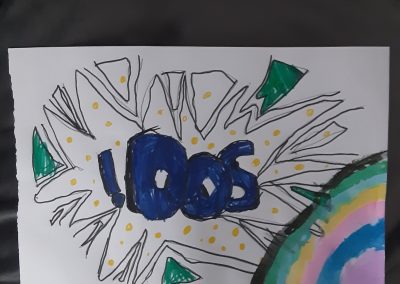 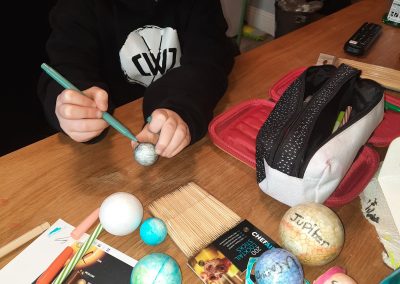 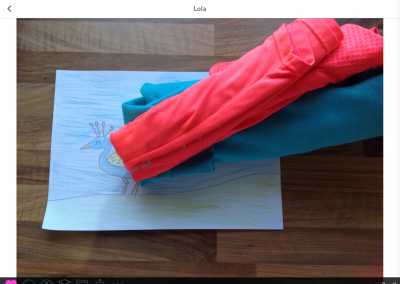 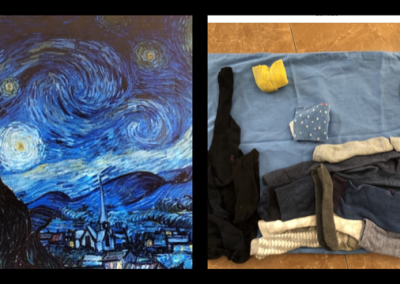 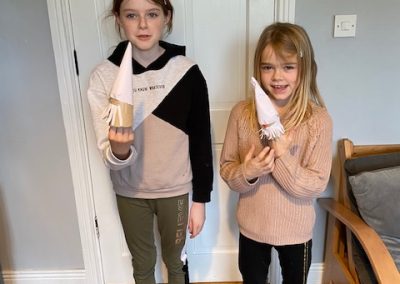 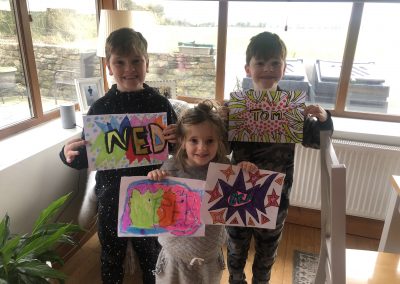 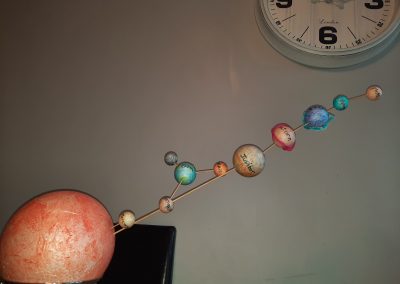 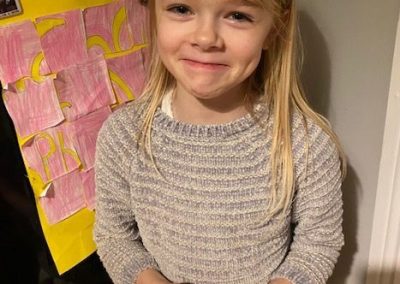 Cartoon Cat  by Aidan Wall
I faced many monsters in my stories but nothing like the creature in the story your about to read, so sit back relax and be warned if you scare easily you probably won’t want to read the story. If not, I shall tell you the urban legend of cartoon cat you’ve been warned, CRASH! Thunder boomed as I walked through the forest at the dead of night, I was a little paranoid because of monsters I had run into in this very forest. Why am I walking out so late you ask? To make it more dramatic of course. To make it even worse it started to rain, I searched for shelter and I somehow found the same mansion that I found slender man in, so I looked for anywhere else but they either were already taken by animals or just too dangerous. I re-entered the mansion not armed with anything. I was shaking all over, sweat dripping down the back of my neck once again I felt like someone or something was staring right into my soul like some kind of camera was filming me. I heard breathing above my head the warm breath was very close now. I tried to stop but I kept shaking, I was shaking more rapidly now whatever was behind me was looming above my head. I could hear it breathing down my neck and I could of sworn I heard a faint purring sound so I looked behind me and saw that the creature was taller than me. It resembled a cat but its teeth were long, sharp and yellow. Its legs were long but it didn’t have feet just small points around the end of its legs. The demon cat looked like some forgotten Disney character that had been dumped in toxic waste, put through a shredder and pieced back together. Hey presto you have this creature. It opened its mouth wide ready to strike, I jumped out of the way right before its teeth connected. It stared at me with evil red eyes, “what are you! “I yelled, its voice was deep and terrifying like something you would find in a horror movie  “I’m cartoon cat and I’m starving, the main course is YOUR HEAD”! It lunged towards me once again, I jumped out of the way but it managed to scratch my arm. I screamed in pain, is it the end I thought? No its not the end for me, anyway back to the story I burst out the door the monster chased me through the forest. My arm was bleeding and the creature caught up to me, jumped on me and it tried to eat me but I grabbed a stone and threw it down his throat. Cartoon cat gagged and I threw him off me and I ran again. My energy was low and I couldn’t run, giant hands dragged me back to the forest, ”That was a stupid Idea you little brat”! Snarled the creature. I attempted to throw another stone, he saw it coming and swatted it away like a fly “goodnight little boy ” it said then it cackled
and it devoured me.
That’s all folks