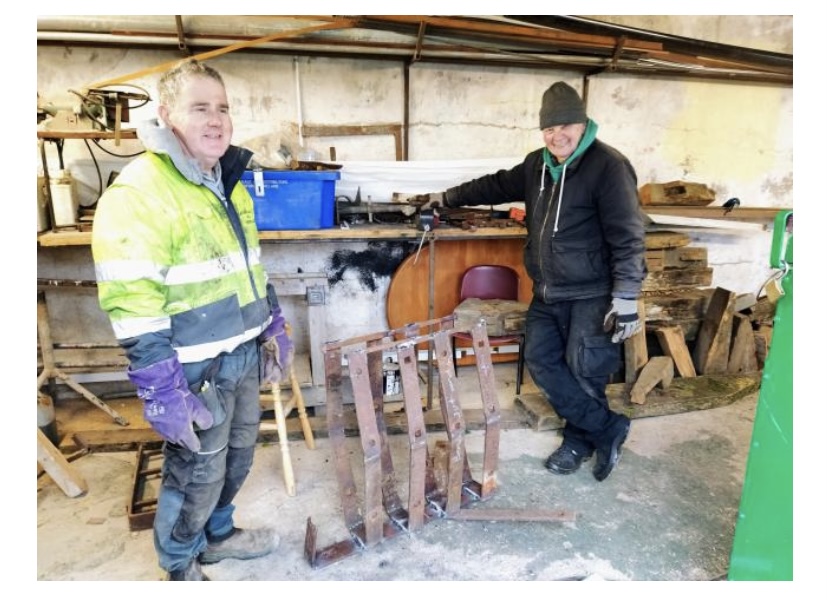 200- years old metal from St. Mollerans Church roof, Carrick-On-Suir transformed into Blacksmith sculpture! Steel forged by hand in Carrick-on-Suir two centuries ago for the roof of a Carrick-on-Suir church has been turned into an 11ft sculpture of a blacksmith that will be erected on the Waterford Greenway later this month.
The sculpture is made from the iron braces, nails, bolts, nuts and washers salvaged from the old roof of St Molleran’s in Carrickbeg when it was replaced during an extensive renovation of the early 19th century church between August 2016 and April 2017. (Welder Ger Kirwan from Rathgormack, who is constructing the sculpture with the sculpture’s designer Denis Moules at Dungarvan Men’s Shed in photo) Please click here to read the full article